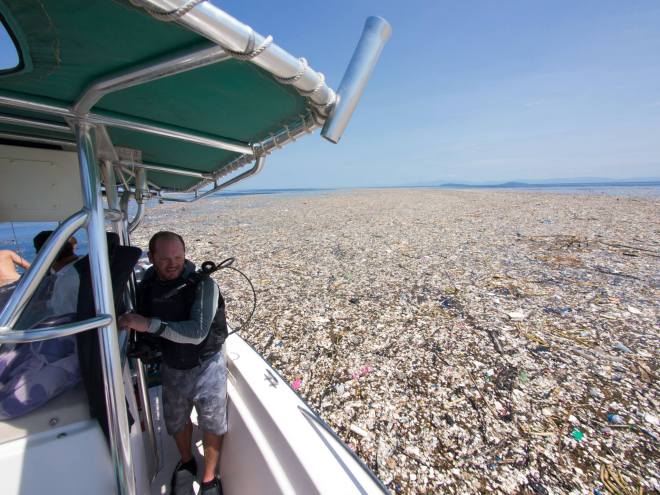 A mass of plastic pollution in the seas around the Caribbean coast of Honduras has helped to highlight the serious problem of plastic waste in previously pristine areas.

The devastating extent of plastic pollution in our oceans has become much more widely acknowledged in recent times, thanks to new shocking facts and figures coming to light. More than 8 million tons of plastic waste makes its way into our seas each year, and by 2050 it is estimated that there could be more plastic than fish across the planet’s oceans. Much of this plastic waste is concentrated into massive patches by the five main oceanic gyres, with the Great Pacific Garbage Patch being the most well-known.

As most plastic waste is broken down into tiny microplastics – particles of less than 5mm in diameter – somewhat ironically these oceanic garbage patches tend not to be all that visible given their size. But that certainly wasn’t the case for residents of Honduras’ Caribbean coast recently, as the region was swamped by a massive layer of floating plastic and polystyrene around the islands of Roatán and Cayos.

Images taken by Caroline Power, a US photographer who lives in the area, went viral on social media as they captured the visible consequences of our plastic pollution crisis, as the rubbish completely overwhelmed the popular tourist destination noted for its coral reefs and (normally) pristine beaches.

In one image, a sea of plastic mixed with other debris stretches as far as the eye can sea. In another, disposable plastic cutlery is clearly visible in among seaweed and other detritus. A third photo taken from below the surface shows how plastic bags and bottles blocked the sunlight from reaching through.

According to the NGO Blue Planet Society, at this stage it is thought that the majority of the plastic waste had flowed into the sea from a river which originates in neighbouring Guatemala, fed by various rubbish tippers and informal dumps along the way. Founder John Hourston told media it was the worst example of ocean plastic pollution he had ever seen.

It has been suggested that in Guatemala, there is less of a culture of treating solid waste, with many communities simply using rivers as rubbish bins. However, in Guatemala and other similarly less economically-developed countries (LEDCs) this is likely exacerbated by a lack of adequate infrastructure allowing for the safe collection, recycling and disposal of the rubbish we create, including plastics.

Guatemala is – in the context of global system that churns out around 400 million tons of plastic each year – a tiny producer and litterer of plastic, but even it isn’t exempt from the kind of events which it may have inadvertently contributed to in Honduras. The country was recently hit by a similar wave of plastic floating on the ocean surface, this time on the Pacific coast. An expedition also found evidence of microplastic particles building up in fish populations there.

Plastic pollution may pose something of an existential threat to coastal parts of Central America: the region relies heavily on tourism, as visitors are drawn in by the promise of beautiful beaches and tropical waters unspoilt by plastic and other pollution. In Honduras, tourism makes up 5.5% of GDP and provides nearly 5% of all the jobs in the country, and the sector is projected to grow at 5-6% per year over the next decade. With coastal regions of Central America already among the most vulnerable in the world from the effects of climate change, they can ill afford to be affected by other human-inflicted environmental damages.

The onus is on all of us, and in particular major manufacturers of throwaway plastic products, to stem the deadly flow of plastic waste into the surrounding environment. But developing countries are leading the charge when it comes to global efforts to clean up our oceans and rivers, and prevent the kinds of plastic pollution outbreaks that swamped Honduras. The UN’s #CleanSeas campaign counts many developing countries among its 30 signatories, including fellow Central American nation Costa Rica. Other Latin American countries can also play a leading role in pushing for greater sustainability and conservation in our oceans. 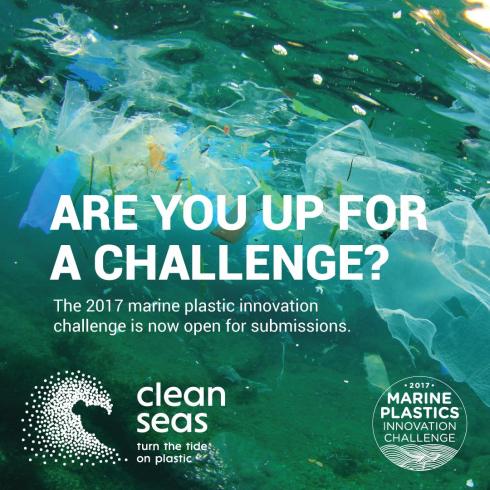