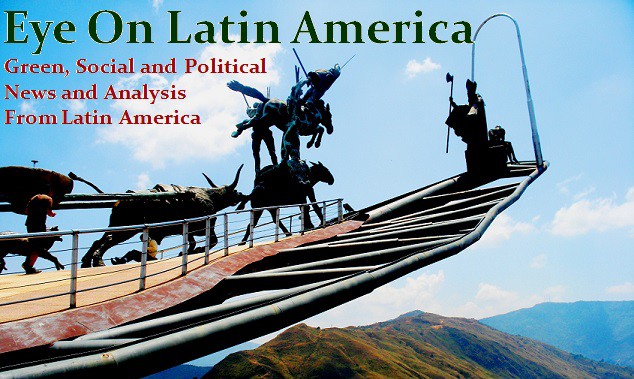 Latest UN index reveals state of Human Development across the world, with progress slowing and many still suffering from multidimensional poverty. Latin America, meanwhile, continues to improve across the board.

The UN released the latest edition of its Human Development Index (HDI) at the end of July, revealing the state and progress of human development in 187 of the globe’s countries. The 2014 index and accompanying report found that of the more than seven billion people on Earth, 2.2bn are either in or at risk of falling into ‘multidimensional poverty’ – described as living conditions affected by lack of access to proper healthcare, education, inadequate living standards, and lack of income, among other factors. An astonishing 80% of the world’s population remains beyond the reach of national social protection and welfare programmes, 50% are in an employment situation that could be described as either informal or precarious, and 12% suffer from chronic hunger. The report also warns that youth unemployment is becoming a serious issue and impediment to future human development, both in the developing and developed world, while the rate of overall human development is slowing due to widening socioeconomic inequality.

In more general terms, Latin America and the Caribbean remains the developing region with the highest overall HDI rating, but in line with the rest of the world progress has slowed in recent years in comparison with the ‘boom years’ of 2000-2008. Persistent inequality, which as the report notes remains a serious problem in the region, is said to be behind this deceleration, leaving it as the region with the slowest rate of improvement in its average HDI score. Latin America and the Caribbean remains the most unequal region in the world in terms of income, although it has experienced the largest fall in inequality over the past few years, with income inequality falling in 14 out of 20 countries between 1990 and 2012, while it rose in four countries and remained relatively constant in two. Central to this appears to be a considerable rise in real wages, which rose 15% between 2000 and 2011, while they remained stagnant in most of the rest of the world, East Asia being the exception with a staggering 94% increase. However, in 14 Latin American and Caribbean countries surveyed for the 2014 report, 7% of the population experienced multidimensional poverty while a further 9.5% remained at risk.

The report also makes note of other social factors that could be seen to be impeding human development, or at least nullifying some of the positive impacts of increased development. “Despite high human development achievements”, it states, “many people feel threatened by rising rates of homicide and other violent crimes”. Latin America and the Caribbean has the highest homicide rate of any of the world’s regions, with 70 per 100,000 inhabitants each year, but according to the report the problem stretches even further: for every young person killed as a result of violent crime, as many as 40 people are estimated to sustain injuries requiring hospital treatment.

The region is also at the forefront of gender development among developing regions, with a Female-to-Male-HDI ratio of 0.963, above the global average of 0.920. Argentina and Uruguay are among the 16 countries in the world to have achieved gender development parity, with Female HDI values actually above those of men. Women in Latin America and the Caribbean also enjoy more political representation (25.3% of parliamentary seats) than any other developing region, with a rate only just behind the 26.7% found in all ‘Very High Human Development’ countries and well ahead of the global average of 21.1%. However, these figures are still clearly far from ideal, with only Cuba (48.9%) and Nicaragua (40.2%) coming reasonably close to equal political representation. In Chile, the the country with the highest overall HDI in the region, just 13.9% of parliamentary seats are held by women, despite the fact that the presidency is currently held by a woman, Michelle Bachelet (who was also President between 2006 and 2010). The same goes for Brazil, led by Dilma Rousseff since 2010 but with a lamentable 9.6% of its parliamentary seats going to women. Panama (8.5%) and Haiti (3.5%) are the worst offenders in this regard.

Elsewhere, other notable points made by the report include the fact that indigenous people in Latin America have an average income that is just half that of nonindigenous workers, Latin America spends more on healthcare as a proportion of its GDP (7.6%) than any other developing region, and the region has the highest percentage of its primary energy supply coming from renewable (i.e. non-fossil fuel) sources, with 25.8%, although figures for East Asia and the Pacific and Sub-Saharan Africa were not included in the report.