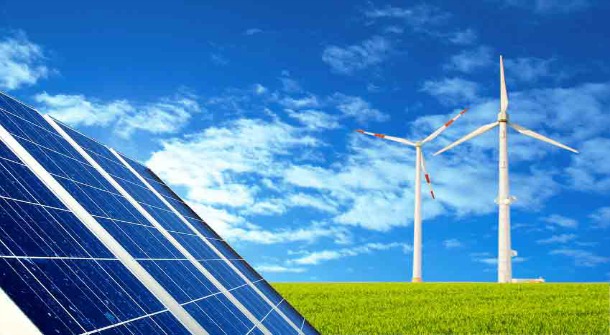 Climate change and higher oil prices are forcing Central American countries to turn to renewable sources to meet growing energy demand. Fortunately the region has huge potential in this area.

An increase in the frequency and intensity of droughts, such as the one currently ravaging most of the isthmus, coupled with an even sharper increase in the price of petroleum, is forcing Central American governments to think twice about the make-up of their energy systems as demand continues to grow. With the region getting roughly half its electricity from plants that burn increasingly expensive imported fossil fuels, and the other half from hydroelectric sources that are being drained by the ongoing lack of rainfall, energy security is threatening to become a serious issue as these countries look to further their economic and social development.

However, the change in circumstances is encouraging these states to diversify their methods of electricity generation, by branching out into up-and-coming renewable sources such as wind, solar, and geothermal power, according to the Spanish news agency Efe. In a regional energy conference held in San Salvador, the capital of El Salvador, at the end of August, experts and business leaders warned of the “high cost” of drought and oil prices and urged Central American countries to invest more in renewables in order to lessen their dependence on the more traditional but increasingly less secure sources of energy.

Fortunately, Central America is placed exceptionally well to take this important step. In 2013, the total demand for energy across Central America – which includes the countries Guatemala, El Salvador, Honduras, Nicaragua, Costa Rica, and Panama – was 7,856 MW, while the total installed capacity reached 12,453 MW, according to figures from the Mercado Eléctrico Regional (MER – Regional Electricity Market). According to the Inter-American Development Bank (IDB), in 2012 51% of the electricity generated came from fossil fuels, 42% from hydroelectricity, 5% from geothermal power and 2% from wind farms. According to other sources, such as Frances Colón, an energy advisor to US Secretary of State John Kerry, the ‘renewables’ sector (including traditional hydroelectric dams) accounts for as much as 60% of the region’s installed capacity, and this figure is on the rise.

Quite possibly the most important statistic, though, is that according to figures from the Banco Centroamericano de Integración Económica (BCIE – Central American Bank for Economic Integration), only 7% of the region’s potential sources of clean renewable energy are being exploited at present. According to a report on elsalvador.com (link in Spanish), the BCIE estimates that Central America could generate 3,900 MW (almost a third of total current capacity) from geothermal power, 22,000 MW (almost double total current capacity) from hydroelectric dams, and 63,000 MW (five times the total current capacity) from wind farms. No figures were provided for the potential contribution of solar power, since this sector is still very much in the embryonic stage in Central America, but the BCIE emphasises that this could no doubt be a significant part of the region’s energy mix given its geographical and climatic circumstances.

Colón, speaking in San Salvador, highlighted the fact that Latin America and the Caribbean already has one of the cleanest energy matrices in the world, and said that specifically “Central American countries have abundant natural resources at their disposal to face up to the challenges of generating more energy”. However, she also reiterated that recent droughts had underlined the danger in relying too heavily on hydroelectric power, especially since such meteorological events could become more common in the future as a result of climate change.

This was an opinion echoed – on a separate occasion – by Mario Fernando Cerna, an energy expert at the BCIE, which recently announced a plan to invest US$500m in renewables in the region. Cerna highlighted the need for Central American countries to invest in a range of renewable energy sources, since seasonal and longer-term climatic variations meant that different sources could not be counted on all the time. This is particularly true given the ongoing drought currently afflicting the region, which has forced Honduran officials to reduce operations at two of its most important hydroelectric dams given the critically low levels to which their reservoirs have fallen.

Much of Central America’s potential for developing and exploiting a range of renewable energy sources stems from its geography. Its position in the tropics alongside the Caribbean Sea means that it enjoys long periods of sunshine throughout most of the year, providing ample opportunities for photovoltaic (PV) solar power generation. Having said that, in spite of the recent drought the region does generally receive plenty of rainfall, filling its rivers and lakes. Central America is also a seismically active region, with many parts of the isthmus dotted by chains of volcanoes. These not only mean that there is considerable potential for geothermal energy to make the most of the natural heat generated underground, but also provide height differentials across the landscape which, together with the area’s long coastlines, make for numerous hotspots for wind turbines.