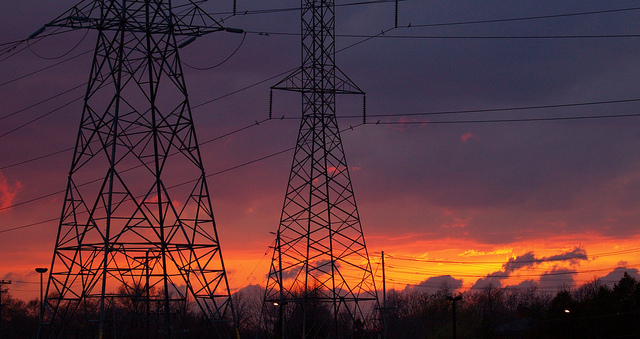 First high-level summit on energy in Latin America focuses on dangers of energy poverty and need for greater infrastructure spending and regional integration, as well as sustainability of energy systems.

Delegates from numerous Latin American governments met with several other high-profile international figures in Madrid last week, in the I Foro Latinoamericano de Alto Nivel sobre Energía (First High-Level Latin American Forum on Energy). The summit brought together functionaries and dignitaries from a wide range of governmental and international institutions, both from Latin America and beyond, and was the scene of in-depth debate on the future of the region’s energy infrastructure.

The Forum concluded on Sunday 7 July, with a “Madrid Declaration” issued by the parties calling for Latin American governments to pursue policies and institutional reforms to address the growing risk of an energy crisis across the continent. The declaration included a special emphasis on the need to stamp out the “scourge” of ‘energy poverty’ – where energy provision fails to reach all sectors of society, due to a lack of infrastructure or through households being unable to pay the bills, and thereby aggravates the poverty, inequality and social exclusion that is already a serious matter all over Latin America.

“We would like to highlight the importance of linking energy with water, connectivity, and urban-territorial issues, in order to promote sustainable energy policies”, the statement reads. It also drives home the risk that energy poverty poses “for the most deprived sectors of our societies”, and expresses a determination on the part of regional authorities “to encourage decisive measures from our respective legislative bodies to eradicate this scourge on our region”.

These initiatives could well include greater regional integration and interconnectivity, according to the declaration, in terms of both the production and distribution of energy. The parties of this inaugural Forum, which also built on the work achieved in energy matters during other recent regional forums such as the January 2014 CELAC (Community of Latin American and Caribbean States) summit, called for a second one to be scheduled in the near future, so that the topics and proposed initiatives addressed in Madrid could be developed further.

Along with parliamentary delegations from leading Latin American nations – despite the lack of any Heads of State – several leading regional and international figures were present at the Forum. These included the former Spanish Prime Minister José Luis Rodríguez Zapatero, who was well received during his plenary speech and was lauded in the Madrid Declaration for his “firm and permanent commitment to Latin America” during his time in office (2004-2011). Also present were the former Spanish Foreign Minister and Vice-President of the World Bank, Ana Palacio, the President of the Euro-Latin American Parliamentary Assembly (EUROLAT), Leonel Vásquez Búcaro, and the President of the Central American Parliament, Paula Rodríguez.

Latin America is hardly exempt from the global issue that is the need to invest heavily in energy infrastructure, not only to ensure that energy poverty becomes a thing of the past and stops holding back the region’s developing economies, but also to keep in line with global efforts to curb carbon emissions in order to avoid runaway climate change and the catastrophic social, economic and environmental consequences that it could bring.

This latter point, in particular, is behind the ever-pressing need for global economies to “green” their energy systems, ensuring that they can be sustainably developed to produce less carbon. This implies increased development in clean, renewable energy sources that not only help to bring down carbon footprints, but also have fewer social and environmental downsides on the local side of things, as has been a common feature of fossil fuel power plants and large-scale hydroelectric projects.

On the promotion of renewable energy sources, Latin America has a decent record, and the future appears to be fairly bright as far as the region’s potential for widespread deployment of clean renewable energy production is concerned. Countries such as Chile are among the up-and-coming participants in the global race for solar power, while many of the region’s nations produce the majority of their electricity from renewable sources.

However, the major challenge for Latin America, as expressed by those present at the Madrid Forum, is to guarantee that future investment in energy systems is socially inclusive so as not to leave substantial portions of society behind. This is particularly important in social-geographical areas of Latin America where communities have historically been deprived of basic needs, among which electricity is an ever more important part. These include rural areas far beyond the reach of many central governments, and informal urban settlements where vast swathes of the population are forced to live in shanty towns that often have limited or intermittent access to electricity, clean water and sewage facilities.

According to figures from the International Energy Agency (IEA), in 2009 31m people in Latin America lacked access to electricity – equivalent to around 5% of the total population – with nearly all (27m) living in rural areas. Moreover, a further 85m people – close to 15% of the entire regional population – had to rely on the traditional use of biomass for cooking.

However, the report that produced these figures projects that by 2030, electricity access will be nearly universal in Latin America, with 10m people lacking access and an overall electrification rate of 98% (up from 93% in 2009). Furthermore, while all these figures suggest that there is still plenty to be done, they do compare rather favourably to other developing regions: just 2% of the world population lacking access to electricity come from Latin America.

In addition to this, the development of smaller-scale renewable energy such as mini (run of the river) hydroelectric and local solar power, could help not only to make regional energy systems more “green” and sustainable, but also to help those who would traditionally be at risk of falling outside centralised national grid systems to generate their own electricity, through smaller-scale grids or entirely off-grid. This would go a long way towards rubbing out energy poverty in far-off rural communities, and thereby granting the delegates in Madrid last week one of their main wishes in the near future.