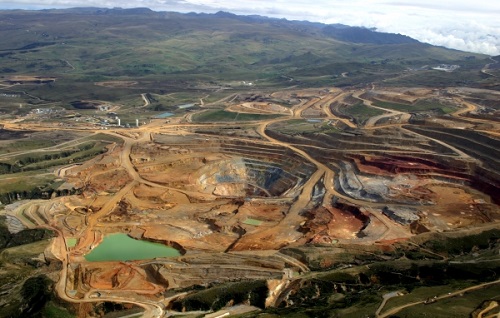 President Humala has announced an economic stimulus package aimed at boosting investment and Peru’s economy, but critics say that the scrapping of regulations and red tape will endanger the environment.

A series of economic measures aimed at boosting the Peruvian economy and attracting greater levels of foreign investment has been criticised for its negative implications on the country’s environment.

The package, announced by President Ollanta Humala last month and currently making its way through Congress, is expected to boost economic growth, attract more investment, and strengthen confidence in the Andean nation’s economy, according to the government, which has claimed the measures could add up to three percentage points to economic growth by 2017.

The measures also include changes to the tax system, a reduction in the financial burden on companies, and the promotion of investments in the mining and energy sectors, which have formed the backbone of Peru’s growing economy in recent times, allowing it to become one of the fastest-growing Latin American economies over the past decade.

Also included in the measures are plans to reduce the amount of red tape when it comes to planning and approving new mining and energy projects, and it is this which has attracted the ire of some sectors of society, among them the former environment minister José de Echave.

De Echave, who is now the deputy director of the Peruvian environmental NGO Cooperacción, has called the proposed reforms a “serious step backwards”, claiming that “environmental impact studies will be approved more quickly without the State having had time to prepare the ground for a more rigorous evaluation”.

The former minister, who served during the early stages of Humala’s administration – which began in 2011 –, has expressed concern at the fact that the new measures will reduce the Environment Ministry’s decision-making capacity, as well as the power of the environmental evaluation body to impose sanctions on projects which do not comply with environmental regulations. For the next three years, impact assessments will be decided on within 30 days, as opposed to a two-year timeframe in place at present, and fines on companies which fail to stick to the rules set out in these evaluations will be significantly less punishing than they are now, with a maximum fine equal to 35% of the current limit.

De Echave considers the package a sign of the pressure which the Peruvian government has found itself under from powerful business interests with ties to extractive industries such as mining and hydrocarbons. “It’s a false dilemma between investment and environmental regulation, they aren’t necessarily opposed; in today’s world they go hand in hand and investors accept the fact that states are going to impose regulations”, de Echave told the Spanish-language newswire Efe.

He also claimed that the changes would not even prove beneficial to the Peruvian economy, but would only serve to erode the hard-fought rights won over the years by defenders of indigenous peoples and the environment. “This package isn’t going to reactivate investment, moreover what it’s going to do is bring about greater social and environmental conflicts… I think that the measures are going to create a tense social climate which, evidently, is going to have an impact on investment levels”, he said.

Following the introduction of the bill to Congress on 22 June, various civil society groups organised protests outside government buildings in the capital Lima, with de Echave among the higher-profile participants. Placards contained messages such as those calling for “an economy that serves Peruvians” and an end to “environmental regressions”.

The Sociedad Peruana de Derecho Ambiental (SPDA – Peruvian Society of Environmental Law) has also sent a letter to President Humala, appealing to him to abort the changes which, they say, would weaken the country’s environmental laws and institutions.

However, the government has defended its position and denied claims that these measures will prove detrimental to the country’s varied environment, famous for its regions covering the Andes, its foothills, and swathes of the upper Amazon basin and rainforest, home to some of the greatest concentrations and varieties of biodiversity in the world.

President Humala himself has insisted that the reforms will not change environmental standards, asserting that “all the environmental parameters will be preserved, none of them have been altered”. “We’re trying to modernise the state; with these measures, we’re trying to produce more investment”, the President told reporters at a public event in Lima.

Business leaders have signalled their approval of the measures, agreeing with the claim by the finance minister, Luis Miguel Castilla, that “these regulations are going to help our economy to continue to grow and to create employment”. Industry chiefs have long complained that ‘excessive’ environmental regulations and red tape have led to mining and energy projects taking years to come to fruition, even if they are found to be environmentally sound by Peru’s regulatory institutions.

However, there is still plenty of reason for Peru’s rural and indigenous communities to be worried about the government’s plans. These sectors are often among the most marginalised in Peruvian society, and also tend to find themselves in the firing line of disruptive mining and energy projects, which can lead to the destruction of their surrounding environment, pollution and associated health problems, or even the displacement of entire communities.

Last month, indigenous people from various tribes in the vicinity of an oil concession operated by the Argentinean oil company Pluspetrol, protested against the government’s failure to keep its commitments to protect the environment. It was just the latest in a long line of rural and indigenous communities showing their displeasure at the damage that is done to their territories and the wider environment by major projects, and calling for stricter regulations to be enforced, not the supposedly weaker ones that Humala’s stimulus measures entail.

Furthermore, activists allege that recent changes to the law mean that police and armed forces are essentially immune from criminal responsibility for injuries or deaths suffered by environmental protesters. Human rights advocates claim that this change is tantamount to granting authorities a “licence to kill”, meaning that those who speak out against the state’s failure to uphold its environmental standards may be frightened to continue to hold authorities and companies to account.

The reforms are also yet another example of the Peruvian government doing all it can to encourage investment in mining and energy projects at the expense of environmental concerns. In March the government announced plans to draft a law that would release oil and gas companies from their obligation to conduct environmental impact assessments before conducting seismic tests, despite warnings that this would leave Peru in contravention of several international treaties to which it is signatory and which compel governments to conduct free, prior, and informed consent (FPIC) with local indigenous communities who might be affected by development projects.

Peru has been among the fastest growing economies in Latin America since the turn of the century, recording annual growth rates upwards of 6%. Growth has slowed a little bit recently, with the Peruvian economy expanding by 5% in 2013, but this is set in the context of slower growth across Latin America and the rest of the emerging world, and Peru’s figures still place it near the top of regional rankings.

However, this has not prevented the government of President Humala, who is suffering from record-low approval ratings, from seeking out new ways to boost the nation’s economy as much as possible, especially since stellar rates of growth may be needed to make any more inroads to the Andean country’s historic rates of inequality and poverty, which many feel have been inadequately addressed over the past decade in spite of any economic progress.

In fact, given this situation, along with the growing tourism industry which often takes full advantage of Peru’s spectacular range of natural and geographical features, one might wonder if improving social integration and safeguarding the country’s environment would actually prove to be a wise investment in the country’s future.

Instead, as is so tragically often the case, outward pressures on the government appear to have succeeded in casting social and environmental regulations as the scapegoat for any lack of fulfilment in economic and social terms, meaning that a wide range of the Peruvian countryside now faces the threat of being placed on the sacrificial altar in the name of shorter-term economic growth. This leaves the environment as one of the biggest victims in Peru’s ongoing thirst for growth, despite warnings from many sectors, including even the UN, about such consequences.